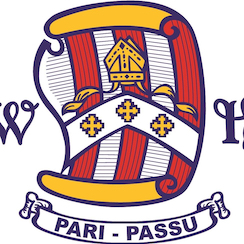 I apologise for last weeks rather abbreviated weekly news. I’ll be honest, it had been a busy week at work then a hectic weekend of running and cycling and I just couldn’t be bothered. Today I’ve had a lazy afternoon so plenty of opportunity to get the creative juices flowing.
No virtual races to report on but any virtual race is trumped by a real race, well a time trial, but still better than running up and down the Portway on your own. See the ‘Congratulations’ section to learn more about the Rogue Event held in Chepstow a few weeks ago.
The treasure hunts also continue to remain popular with plenty of contributions. Ed took the challenge a little bit further, read below to find out more….

This week our winner is a grumpy old man (his words, not mine). Ed Gould was never a fan of prolonged photo stops during a Saturday morning run but he does say he’s been enjoying seeing the photos from other runners treasure hunts.
He’s therefore done the treasure hunt slightly differently as he’s attempted to cram every ‘something’ into a single photo, although he admits to stretching some of the definitions. Just a warning Ed, could this be the start of the slippery slope? It only takes one photo on Facebook, then it will be endless selfie’s and perhaps even an Instagram account! 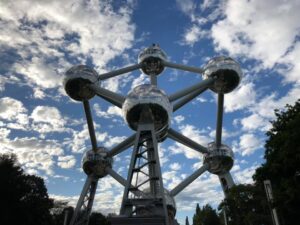 And in Ed’s own words, his justification for meeting each treasure hunt item.Something out of this world: Well, just look at it. You don’t see that everyday.

*Editors note. OK, I made up that last bit. Ed failed in this item but as he’s raised the bar so he’s still a treasure hunt winner in my book. Perhaps you can achieve all the ‘somethings’ in a single photo for next weeks treasure hunt?

Your treasure hunt something’s for this week are below:

We have club intervals at Coombe Dingle sports centre every Thursday. The session commences with some drills, then a short jog warm-up. We then begin the interval session which is timed by one of our very experienced and knowledgeable coaches. The session then ends with a gentle jog warm-down followed by some stretches. Intervals are suitable for any club member and you will be allocated to a ‘pod’ that corresponds to your normal running group.
Details of the sessions are posted on Facebook and in the first instance respond to the posting. If you don’t have Facebook, just send a brief email to Tamsin (manager.women@westburyharriers.co.uk). Because of Covid-19 restrictions you must pre-book your attendance.

Kay, Carole, Linda, Clair and Eithne successfully completed the Cotswold socially distanced relay during July. The 5 stages covered a distance of 47 miles between Ebley Mill and Bath. I’m pleased to report that they all thoroughly enjoyed taking part. Let’s hope next year the event returns, but without the restrictions of Covid. 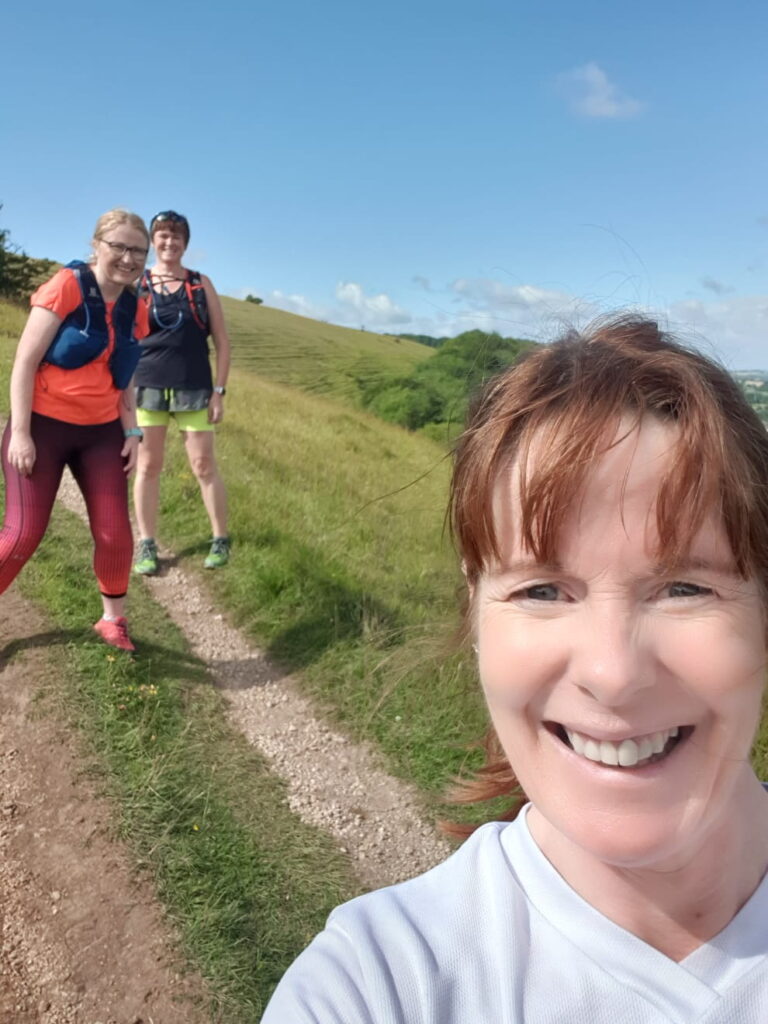 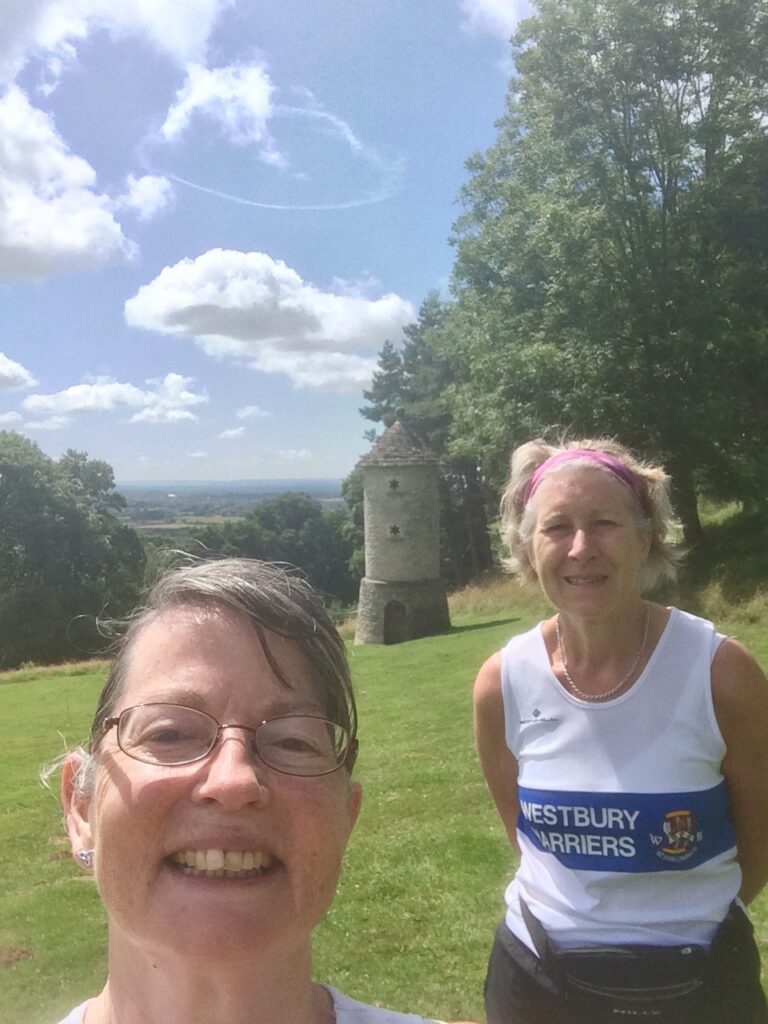 This could be the first ‘proper’ race I’ve reported on since March and thanks to Chris Newby I can provide some details of how the event was organised.

The Piercefield Park 4 mile trail time trial was held on the 22nd July. To ensure social-distancing half hour time slots were given for start times depending on a runners expected finish time. At the start each runner was passed their number by an organiser with a one-way path from the Chepstow leisure centre car park to registration tent and then start line. You could even dip your number in disinfectant!
Queuing to the start line was at a safe distance from other runners and it was then a case of shuffling slowly towards the start line, waiting and then being told to commence the run. The off-road course was well marked with flags and positioned marshals so no chance of becoming lost!
There wasn’t a results presentation for obvious reasons, but all results were published within a few hours on-line and I’m assuming prizes would be posted to winner participants.
There were a few Westbury runners competing in this event. The highest placed runner from the club was Chris Newby in a time of 25:00 coming 10th (2nd in age group). Chris also tells me that normally during a race, after a few minutes he’s running at the front and rarely has the chance to see anybody. I’ve also experienced that feeling of isolation in a trail race, but in my case it was because I took a wrong turning and became lost!
In the time-trial format Chris was able to catch a runner every few minutes and pass them (from an appropriate distance) so was not running alone and hence thoroughly enjoyed it with people to chase down.

Other results include Trevor Fitsall in a time of 32:33 and Tim Carr (pictured, photo credit to Rogue Runs) in 36:59. 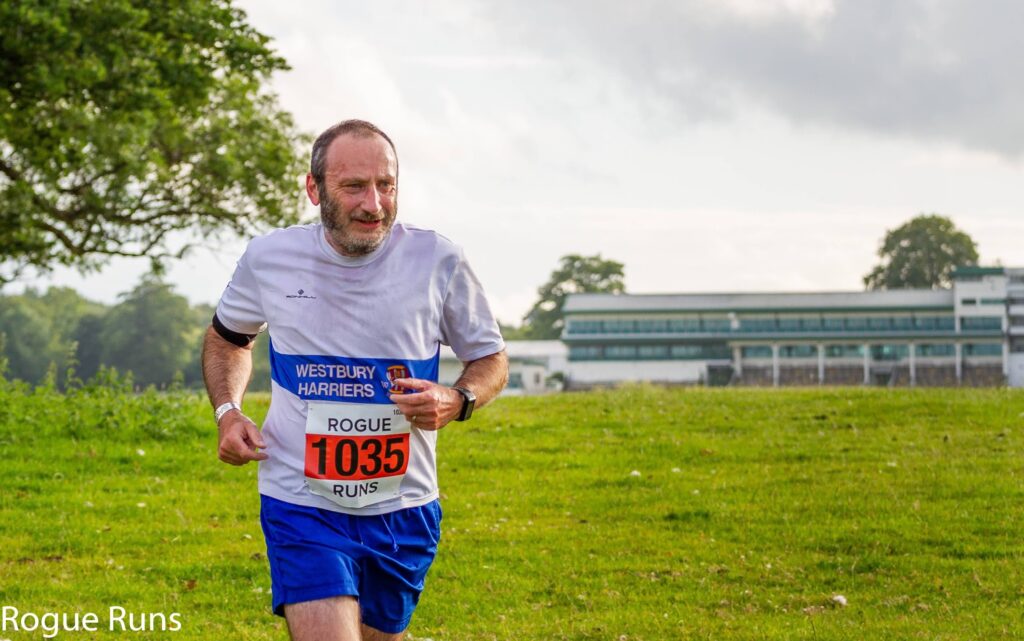 Well done to you all.

Check the Rogue Runs Facebook page for details of other events.

Next week it’s the first Friday of the month and that can mean only one thing, the monthly Zoom committee meeting. Please send you nominations for juniors and seniors to member.of.the.month@westburyharriers.co.uk.
We would especially appreciate more nominations of junior and academy runners. Nominations can be for anything, running achievements, positive attitudes, helping others, volunteering time-trials or Strava segments.

It seems everybody’s on their holidays this week (apart from me) so my Strava segments are a little further afield.

Today Liz Lovelock decided to go flying up and down Pen y Fan achieving a couple of crowns on the way. It was only a short run, just over 7 km in distance but with almost 600m of climbing quite impressive going. Segment ‘OTT PYFC Last Little Lump’ was completed (course record) in a time of 3:25 but the biggest kudos goes to segment ‘Up and Down Pen y Fan from Storey Arms’ (another CR) in a time of 58:12. Good going to Liz, our very own hill climbing and descending specialist!

Tamsin Chick is also on her holidays, over in sunny Cornwall. On a single run, which was apparently just a morning explore along some of the Cornish Way she achieved a CR on segment ‘Radnor Hill’ (2:51) a 3rd overall on ‘Wheal Peevor Clockwise’ (6:24) and 5th overall on ‘Up Rodda’s Field’ (2:01). The distances some people will travel to just get a course record and a few crowns! Seriously though, well done on stealing some crowns from the locals.

Sunday 30th August. Severn Bridge 10K.… running between sea and sky.
I’m very hesitant to add this event, just in case I jinx it but here it goes anyway. No half marathon this year but the 10k event is still planned to take place. They have a race permit, insurance and agreement to close the bridge. This will be in a time trial format with runners arriving over a 3 hour period and starting at approximately 10 second intervals. Use the link below for more details and entry.
https://sites.google.com/site/severnbridgehalfmarathon/home

Further (non-virtual) events have been removed until further notice, pending outcome of Coronavirus.