It’s been a funny old week. The early part was scorchio! Too hot for running so I was slogging up The Tumble in Wales on my bike (and it was too hot for that too). Then, from the middle of the week rain, thunder and lighting. Slightly better for running, as long as you don’t mind getting wet! 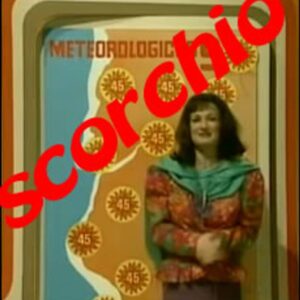 I’m not sure if Eithne Noonan’s treasure hunt should be considered as passionate or a cry for help. Surely, drawing little piggies on your own toes is taking it just too far? I’ve nominated Eithne as this week’s winner, purely because of her dedication.

Although it sounded very confusing the 3 minute Katie’s special mash-up session last week worked very well. People seemed to enjoy the variety, although in my case I didn’t have a clue what was going on. I basically just ran when told to do so.

Thursday’s session is a pyramid interval, something you should all be a little more familiar with. The session is two sets of one, two, three, two and one minute intervals. Half time recoveries. It will finish with an optional 20 second x 6 sprint.

Once again, if interested in participating then text Tamsin or respond to the facebook numbers. Pre-booking is mandatory.

In September (11th-27th) SusWoT plan to support the litter picking in Southmead, Sea Mills and  Coombe Dingle, as part of the Great British September clean https://www.keepbritaintidy.org/get-involved/support-our-campaigns/great-british-spring-clean.  This is replacing the cancelled Great British Spring Clean.  As you know we recently litter picked the whole of Westbury and although we will have some Westbury cleans in September we want to help Southmead and Sea Mills/Coombe Dingle get up and running.

Colin Johnson and Richard Hughes are both running the Offa’s Dyke, not all of it in one go I should add, it’s 176 miles long! Offa’s Dyke, or Clawdd Offa if you’re a Welsh speaker is a large linear earthwork following the border between England and Wales. It dates from AD 757 until 796, and starts from Prestatyn on the north Welsh coast all the way to the Severn estuary, near Chepstow.

Richard and Colin are running it in sections with a few others. This weekend they ran from Prestatyn to Llangwfan a distance of 27km with over a 1,000 meters of climbing. Well done to you both.

Not only did Rhiannon Paton achieve a plethora of Personal Records but more importantly she achieved a 2nd overall for Strava segment ‘Good for Intervals’ in a time of 2:04. This was on a local run taking in Henleaze and Horfield. If you’re going for the crown on your next run you need to get it below 1:50. Good luck.

Pictured below: Richard and Trish reach a highpoint. Colin leads the runners on the Offa’s Dyke path.

Sunday 30th August Severn Bridge 10K.… running between sea and sky. No half marathon this year but the 10k event is still planned to take place. They have a race permit, insurance and agreement to close the bridge. This will be in a time trial format with runners arriving over a 3 hour period and starting at approximately 10 second intervals. Use the link below for more details and entry.