Some great running by our virtual London Marathoners last Sunday. Not the best weather so extra credit for getting out in the rain and completing the 26 miles. Will you be running the marathon as a normal event next year? Only time will tell….

The last weekly treasure hunt. But don’t be despondent, the hunt will return with a seasonal special. Who knows, perhaps as it’s approaching Christmas we will have a prize? The ‘somethings’ from this week are below:

Theme: Guess the book or play, a reflection, a Strava segment,  something old/historical,  a blackboard,   roman numerals,  something beginning with Z and something that produces electricity

This week I’ve selected Sandra, partly because she always helpfully adds titles to her photos. Her Theme was the play by Shakespeare, called Macbeth. 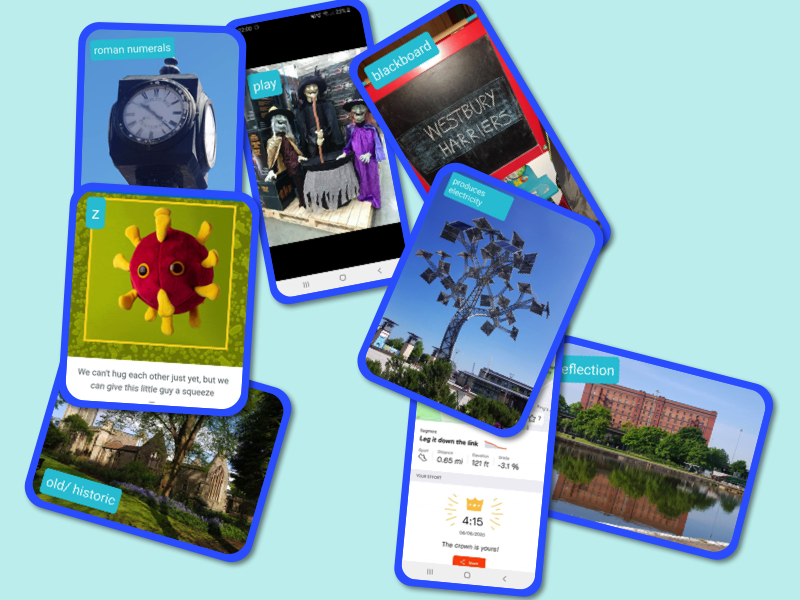 Grass is still relatively firm underfoot so hopefully we can stay on the fields of Coombe Dingle for a while longer.

In 2013 the club unfortunately lost one of its greatest personalities, Richard Bloss, after a short battle with cancer. Before he passed away he was presented with an award named in his honour, the Richard Bloss Personality of the Year.

The club awards night takes place on Saturday, November 21st and for this award we’d like you to choose the recipient. So between now and midnight on Sunday, October 18th, send your nominations to geraint.torrington+bloss@gmail.com.

Once the nominees are in, you’ll then be able to vote for your Richard Bloss Personality of the Year with the winner announced at the awards evening.

Don’t forget the club is now using the RunTogether website and app for bookings.

The link below will take you direct to the Westbury Harrier page of the site where you can view all our runs. The runs for the week should be there to view from Sunday evening, but also worth checking on facebook as well. The groups may change during the week due to leader availability, so double check the options.

Of course I must thank everybody for getting on board with the Runtogether systems, and an extra special thanks to the leaders and coaches for taking time to implement the system.

Well done to both Ewan Paton and Rhiannon who took part in the Clarendon Half Marathon and Mini. I did the marathon route myself a few years back and can also fully recommend it,  the scenery is stunning. Ewan posted a facebook write-up a few days ago and I’ve included it here, just in case you didn’t see it first time around.

An actual race, with about 800 competitors, loads of marshals, t-shirts and free bananas! A big thankyou to the organisers of the Clarendon Marathon/Half Marathon/Relay/Mini/Walk on 4th October for a friendly, well run, mostly socially distanced and very wet, muddy and hilly trail race in the beautiful countryside between Salisbury and Winchester.

Storm Alex had reduced much of the ancient route between the cathedral cities to a muddy and chalky puddled mess, making parts of the course reminiscent of a winter Gwent League race, with some brutal climbs and challenging descents on narrow paths. A staggered start with chip timing kept runners mostly apart, at least until the final few miles when they began to converge a bit, but everyone was sensible about overtaking and distancing.

Flying the flag (or vest) for Westbury Harriers were Rhiannon Paton and me, in the “Mini” and Half Marathon. Rhiannon’s Mini race was supposed to be 5 miles, but was just a little bit under-measured at 6k/3.87 miles. Rhiannon is nevertheless claiming her official time of 26:10, which was good enough for her to win by 3 minutes from her nearest chip-timed rival. We hope that a nice prize will follow in the post! I battled through the mud, hills, puddles and occasional groups of Alpine walkers to finish 11th in the Half (in 1:37:37), with which I was very pleased, although the 10th placed guy just pipped me in a virtual sprint finish..

We hope that this event is an inspiration and encouragement to lots of other clubs and race organisers. If it was possible to run this so well and safely, on what was in many places a narrow single track route, lots of other road and trail races should be feasible. The key may be control of numbers, and slightly higher entry fees to pay for chip timing and increased administration and safety costs. So let’s hope that more of these follow over the next few months. And if you fancy giving this one a try, 2021 entries are already open! Editors Note: Link provided in events section.

A thumbs up for from Rhiannon and Ewan, photographed below.

Well done to Anthony Glover 1st V45 in 2:46:38, Robin Phillips 3:06:06 2nd V45 and Tim Carr 4:17:02 who were also running for their virtual London Marathons. The combined times also meant Westbury finished 4th in the team category. Photos below thanks to Tosh K Simpkin. 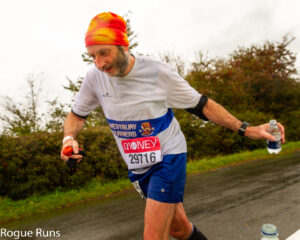 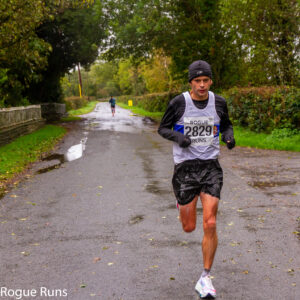 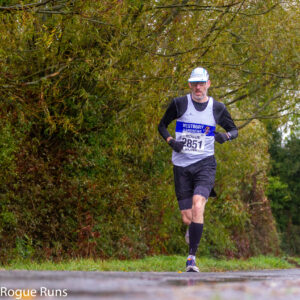 Strava Results of the Week

Well done to Sarah Andrews who’s  achieved a personal record on her very own segment! The Strava segment, called ‘Sarah’s treasure hunt’, was run in a time of 42 seconds.

The races below are organised by dbmax. May be worth checking with them first to ensure events are not impacted by the latest Covid-19 restrictions.

Ian Gawinowski is Westbury Harriers Communications Officer and can be contacted via communciation@westburyharriers.co.uk