I like to think the success of the England team against Denmark was all thanks to the efforts of Westbury Harriers. Had it not been for the small group of social runners from the club, ‘virtually’ kicking the ball into the back of the Danish net, we would not be playing in the final on Sunday! Well, that’s what I think, anyway.

Every Wednesday from 6:30pm an evening social run takes place, meeting from the watertower on the Downs. It’s very steady group 4 pace run of about 7 miles, with plenty of selfie stops on route. This is an informal run, but if you are attending please respond to the facebook post so we can manage numbers. 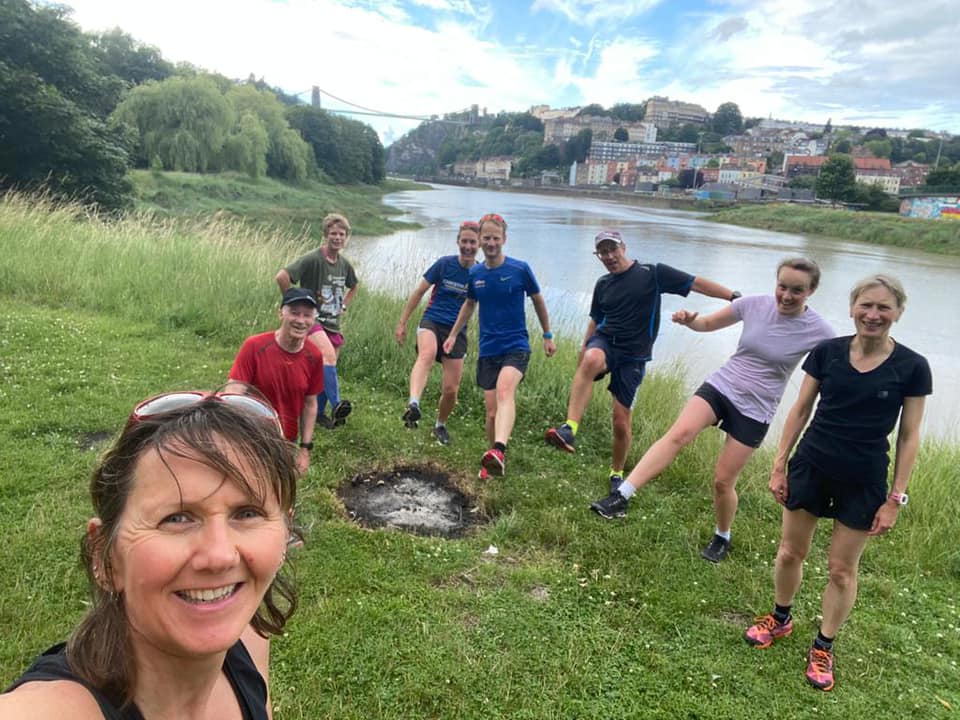 We have 1 club place allocated for the London Marathon on 3rd October this year and it needs to be registered by 16th July!

I would like to propose that this year we throw this 1 place open to all signed up club members, whether they have already applied for London and been rejected or not even applied.  The lucky recipient will be drawn at random next Monday 12th July, as we do not have much time left!

I know in previous years we have run a priority system, but in these odd times we propose that this year a  “Golden Ticket” draw for all those in the club with aspirations to run London would be fairer!

As such if you are interested, and would like to be entered for the draw, you must be a fully paid up member of Westbury Harriers and be aged 18 or over on Marathon Day.

Please register your interest in entering the Draw by e-mailing secretary@westburyharriers.co.uk with the following details by 10PM Sunday 11th July 2021. The winner still needs to pay the entry fee.

Please enter me in the Virgin London Marathon draw! Your full name, e-mail, Confirmation that you are a paid member and and will be aged 18 or over on Marathon Day:

The club will send a confirmation e-mail that I have received your entry, and that you have been entered into the draw! Winner will be drawn at random from a hat on Monday 12th July.

Club Intervals- The King (or Queen) of Consistency

It’s all about good, steady pacing this week, keeping those three minutes of effort consistent throughout the session. 6 x 3mins (1min recover) (option to complete only 5). No walking in the recovery, unless of course Tamsin’s looking the other way!

Next with have Alison Rogers’ 5k to look forward to. Good luck with your leg.

The memorial run for Mary will be taking place on the evening of Monday 23rd of July. More details to come nearer the time but there will be a cake sale with all proceeds going to St Peter’s Hospice. Members are encouraged to bake cakes and bring them along for the sale.

Bristol to Host 10k for Blind and Partially Sighted Runners

The new 10km run was added to the Great Bristol Run weekend in the city after a suggestion by Westbury Harriers’ very own Colin Johnson who often guides blind and VI runners.

Colin said: “If you run and you are blind or visually impaired you normally have to compete in the same races as sighted runners. “This is the first race of its kind in the UK where runners with sight loss will compete for their own medals but more importantly, I hope it encourages as many people as possible who are blind or partially sighted to pull on a pair of trainers and take part.”

The senior winner was Neil Miller for his exceptional work in putting together this years Westbury Wipeout. You may not realise it but there was an enormous amount of bureaucratic paperwork Neil had to deal with to make the event possible. Although the weather was very wet it did not seem to dampen the spirits of the youngsters, hurtling around the course at lightning speed.  Good evidence that the event was a success and Neil’s hard work was appreciated. 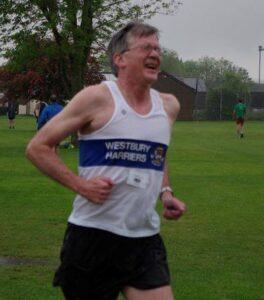 Neil, putting in maximum effort at a Parkrun event.

Our junior winner this month is Estelle Lowe. Like her dad, it sounds as if she too has become an enthusiastic fell runner. She’s taken part in two events in the North of England, coming second in both. Well done Estelle.

Up and Running vouchers will be on the way to both of you.

Good luck to everybody running the Brean Beach 5/10k today. This event is being organise by Aspire Running Events, other races can be found on their website. https://www.aspirerunningevents.co.uk/races/

Katie Hughes had a good run this morning. It may have only been a short loop of the Downs but on route she took 5th place on Strava segment ‘Down’s 5k From Parrys Lane’. Well done Katie, hopefully more crowns to come!

Wednesday 4th August 19:30: Bitton Road Runners 5k Series. We are pleased to announce that the 5K series will return this year. All races start at 19:30 from Bitton Railway Station. Other dates include 1st Sept. All dates subject to confirmation